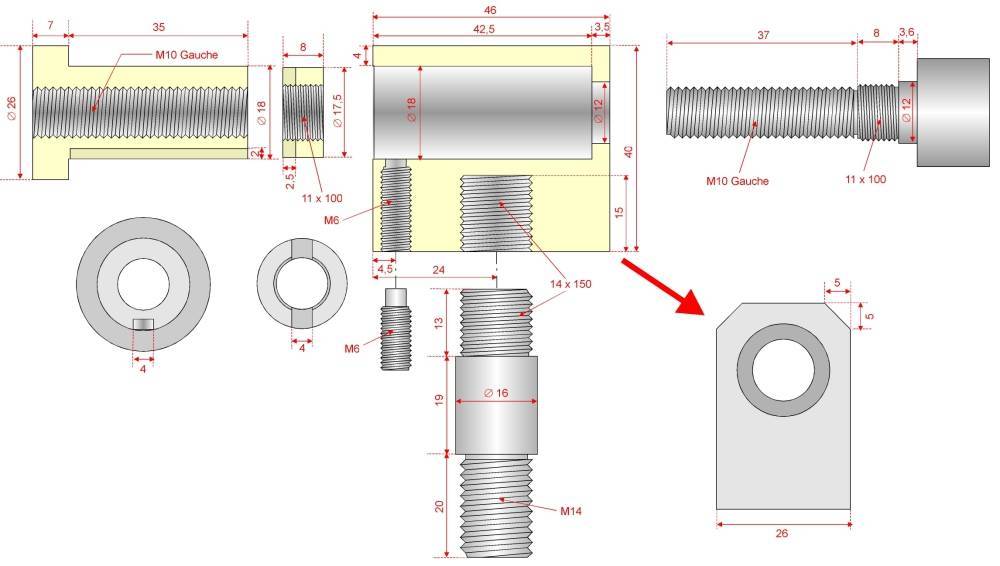 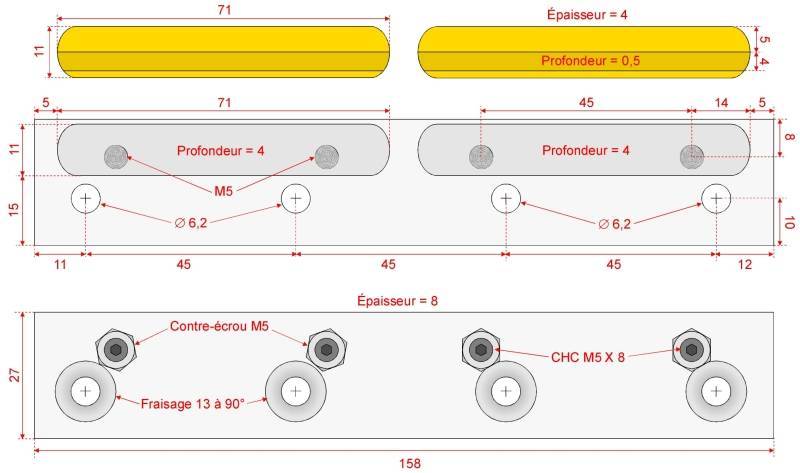 This star (in fact a second square rotating by 45 ° with the previous one) was what was originally planned to be able to more finely catch the wear of the jaws. Finally, I stayed in the simple square thinking that there would always be time to machine the other later if the need arose. Said square having been executed with a small square file (after having drilled a hole of 6.8), the other would have been (or will be) done in the same way.

On the other hand, with regard to the connection control between the pedal and the drum lever, it is essential that this control be in two parts which slide one inside the other, with a compression spring (this detail may not be very visible in the last photo). Indeed, to have power, the pedal lever is much longer than that of the drum, so its amplitude is all the higher. This mechanism is there to compensate for this difference. If you need, I will give you a sketch of this system.

Finally, for the device to fall back into the steps, not knowing if you wanted general dimensions to get an idea or precise dimensions to make one, I opted for the second hypothesis. I hope it suits you.


Vieulapin, now I know where it's come from and I want to thank you very much.
if you want to understand what I'm talking about, you should watch this. (8:08 - 8:50)


"now we'll see the drawing I found on the web. I really don't know who made it, but I'm sure he spent
a lot of time and work, and I appreciate that. "